Curious about typing on a tablet with an external keyboard? What if we said the tablet was a 7-inch Nexus tablet? Ant Pruitt reviews an inexpensive Bluetooth keyboard option for the Nexus 7 tablet.

aNewDomain.net — As I’ve previously mentioned, I have begun to use my Nexus 7 tablet for day-to-day functions in the office. The Nexus 7 is no longer a simple content consumption device. The tablet is just big enough to view my corporate emails and calendar, but small enough to put in my pocket as I go from conference room to conference room.

To Keyboard, or Not to Keyboard

Keyboards of the small (and even smaller) variety have appeared with the influx of tablets. I’ve seen multiple versions that are built with the Apple iPad and various Android tablets. So, I got curious about my little Nexus 7 tablet’s keyboard abilities.

I had great trepidation thinking about a pint-sized keyboard that would fit both my 7-inch Nexus and my giant-sized hands. The two don’t seem readily compatible. Seriously, the 7-inch tablet is a perfect phone size for me. But, after looking at keyboards on Amazon, I was convinced to give the tiny keyboard concept a chance. 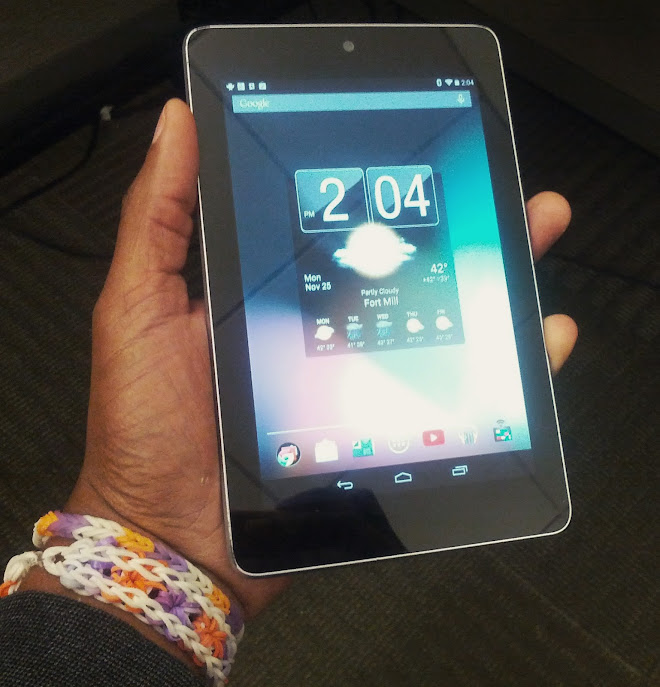 I decided to get an inexpensive MiniSuit Bluetooth keyboard. For $25 and Amazon Prime status, I felt like this could be a decent gamble. The keyboard was made for my Nexus 7, so it should fit just fine. My hands however … 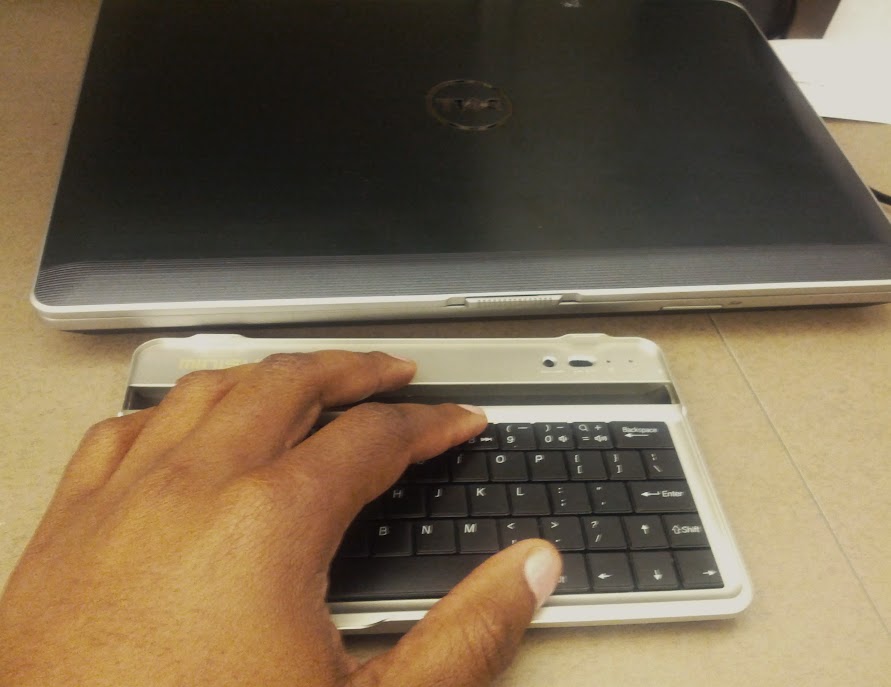 More of My Giant Hands

Typing on the MiniSuit keyboard was a challenge for me. As seen in the above picture, my hands are fairly large. So touch-typing on this thing cannot happen. When I tried, I found myself hitting the Caps Lock key when trying to hit the A key. The keys are fit into a much-smaller form factor than a normal keyboard. The MiniSuit did a good job with that for sure, but it does change the layout.

The keyboard also includes the Android back and home key for navigation, which is a nice touch. I haven’t been able to pull up recent apps via a keystroke just yet, so I have to tap the tablet screen if I’d like to access recent apps. Also, the Q key and Tab key are not quite where they normally are. The Q key is slightly larger and the Tab key is where the ESC key would be on a normal keyboard.

Fortunately, I’ve learned to just point-type on this keyboard and I’m able to fly through emails and messages fairly easily. 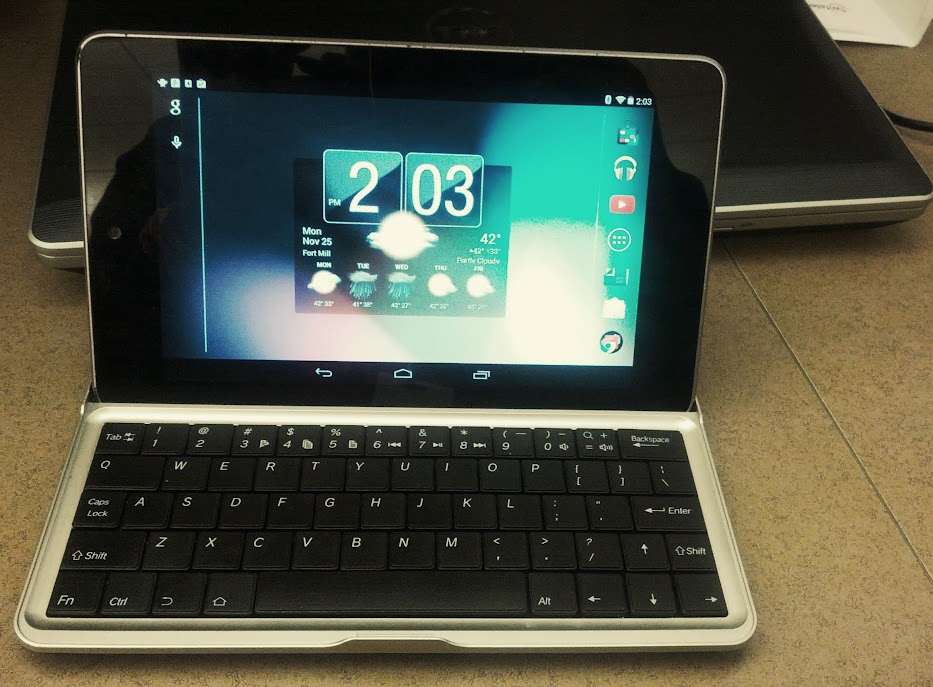 I’m glad I picked up this little keyboard, no pun intended. It hardly broke the bank and it really isn’t a waste of space. I’m sure a 10-inch tablet and matching keyboard would be more comfortable, but I’m happy with this one from MiniSuit.

Based in Charlotte, NC, Ant Pruitt is an IT pro, a columnist and the podcast captain at aNewDomain.net. Look for his Smartphone Photographers Community and Yet Another Tech Show. Follow him @ihavnolyfe or on Google+ and email him at ant@anewdomain.net. See all Ant’s articles on aNewDomain by following this link here.