A Breaking Bad graphic gives insight to the ease of NSA Meta Data. How safe is your online identity?

aNewDomain.net — The social relationships of Breaking Bad characters, each a degree or two or three removed from Walt and Jesse, paints a perfect visual of how NSA meta data works to target you. If you are watching Breaking Bad on Netflix and missed a chapter, this is a good road map to catch up. No spoilers, we promise. The simply-laid-out visuals that connect everyone on Breaking Bad show us that the drug dealers could have been caught much earlier. Perhaps the DEA, real or imagined, is catching up now. The tool of social media mapping can circumvent the “burner” phone challenge, a classic dilemma on TV. But that would ruin the story, of course.

Andy Bergmann, the creative director at CNNMoney, posted the Breaking Bad graphic to his personal site Dubly. Although Bergmann only began watching on Netflix during the show’s final season, he quickly caught up and felt there was much more to explore in the world of Breaking Bad than just what was on the TV screen.

“The combination of stellar writing, acting and direction on Breaking Bad created a really compelling and unique narrative,” Bergmann said. “Subconsciously, I was keeping some sort of mental model running of the characters, just to keep track of who was who.” For more of his perspective see the visual.ly interview.

The full version can be accessed here. For more information and other cool graphic projects, visit Andy’s personal site at Dubly.com and follow him on Twitter @Dubly.

The visualization of this process is described and realized very well by the MIT Immersion team. Check out this Beneath the Surface video. It will explain how your meta data is viewed by your government. Not only that, but how much of our history is stored on the web. The immersion map — find it here — gives you a peoples’ network visualization of your email history. The team lets us delete the collected information if we want, a nice touch for those in a worrisome position.

You can follow your own chart through a dizzying array of connections. How many people there have something to hide? Well, they are connected to you in a very tangible line, according to Immersion. Therefore your mail will likely be kept, as evidence, in the Utah NSA facility.

All Roads Lead to Snowden

And, when in doubt of a seemingly overarching evil design of the U.S. Government, just refer to Snowden.

The storage capability of these systems increases every year consistently by orders of magnitude to where it’s getting to the point —you don’t have to have done anything wrong. You simply have to eventually fall under suspicion from somebody, even by a wrong call. And then they can use this system to go back in time and scrutinize every decision you’ve ever made, every friend you’ve ever discussed something with. And attack you on that basis to sort of derive suspicion from an innocent life and paint anyone in the context of a wrongdoer.”

Our lives are traceable, as much as we like to think they’re not. We are geo-locate-able and an email accessory away from who knows what these days. Just hope a Walter White is not in your email history… 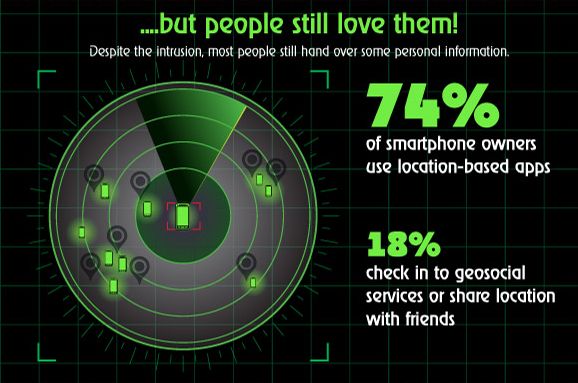