The EFF created an Obama NSA scorecard re the U.S. president’s take on privacy issues the NSA scandal brings up. And Obama scored miserably. Infographic.

aNewDomain.net — Now, in the days after Obama’s NSA speech, clear-headed assessments of what the U.S. president has to offer are coming to the fore. The Electronic Frontier Foundation (EFF) has done some critical thinking and come up with a helpful Obama NSA scorecard infographic, included below. It gives you an idea of where privacy advocates criticize presidential thinking most — and where the U.S. president really stands in terms of the issues raised by the NSA and its various e-surveillance programs.

In a statement, EFF reps sum up the Obama NSA scorecard infographic:

We have put together a scorecard showing how Obama’s announcements stack up against 12 common sense fixes that should be a minimum for reforming NSA surveillance. Each necessary reform was worth 1 point, and we were willing to award partial credit for steps in the right direction. On that scale, President Obama racked up 3.5 points out of a possible 12.”

For more, click here. And check out my analysis here on the Obama NSA speech. In the EFF infographic below, see how the EFF ranks Obama on 12 points … 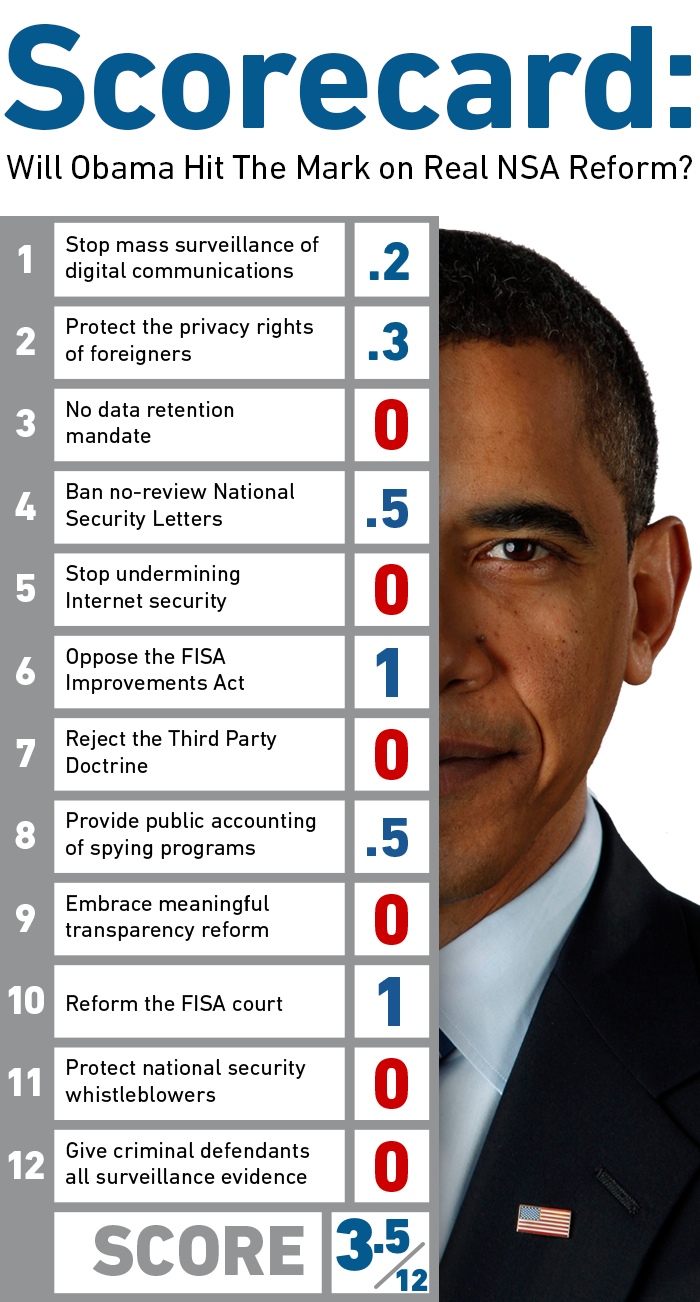