aNewDomain.net — That’s a hilarious selfie you just took on Snapchat. Go ahead and send yours. Do it on a whim even. The genius behind Snapchat is that your egoistic — or embarrassing — snap won’t last long enough for it to haunt you later. 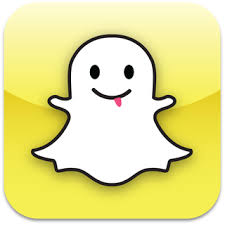 Hence the trademark Snapchat ghost. Snapchat for Apple iPhone and Snapchat for Android lets mobile-device owners send out photos and videos. And they self-destruct within 10 seconds of viewing. That unique proposition is doing more than creating a whizzy little business. It’s changing the economics of social media to a degree. And that’s well worth a deep dive.

Snapchat users are now sending 350 million images to one another every day, company reps report. That’s up from 200 million in June and 20 million a year before that. And it’s easy to see the attraction here. Be it safe, be it foolhardy, Snapchat appears to be on fire. It’s fitting a niche that needed filling — a product that helps photo-crazy mobile users find a way to snap shots of whoever or whatever that suits them and not have to suffer blowback for embarrassing shots days, months or even years later. It’s quite the concept — and unsurprisingly, along the lines of Pinterest and Twitter, it’s taking off with a market that didn’t even know it needed such a service just 18 months ago. Is it too early to get in on the action investment wise? It depends on whether you’re connected — and an accredited investor. According to a Securities and Exchange Commission filing, the series B two-year-old startup was worth $60 million, but now the two-year-old company carries a reported value of $800 million. Menlo Park’s Institutional Venture Partners (IVP) led the first round of financing, which brought the company’s total haul to $74 million. While the company grows, the return on investment (ROI), as with any tech startup, is only worthwhile if significant revenues materialize and an exit is in sight. Snapchat CEO Evan Spiegel said, “Snapchat seeks to show some revenue before its next round of financing.”

ROI is an all-too-common measure of investment success, but Snapchat is at the forefront of another kind of return. It’s a relatively new term as Carlos Dominguez explains:

In a hyper-connected world, every consumer is continuously making a trade-off between the value of information and/or services they are receiving and the impact on privacy. I believe this comparison amounts to a ‘Return on Exposure’ — a value exchange in which the consumer must determine if the value they’re receiving is worth what they are giving up in privacy.”

For instance, would anyone invest in Waze if your location was not for sale through Google services? I think not. Snapchat’s popularity is driven by a young audience that is latching on to its vanishing feature — its key ability to self-destruct photos on viewing. But the clever disappearing act that Snapchat delivers undermines the power of exposure. Selling itself is a well-used and expected marketing feature in today’s high tech shopping place. Customers don’t care about ROE. Not the younger demo that Snapshot caters to, unless they are young, moneyed investors. But Snapchat is the app that defines the generational difference — between those who kept their Kodak pictures in boxes under the bed and the Selfies.

At the center of the ROE debate is, of course, privacy. Without lasting exposure, companies would have users but no information to sell. How do we solve the tension between convenient service and privacy? As Jim Dougherty from leaderswest said:

The real tension between the monetization of social networks and people’s desire for privacy doesn’t show any signs of resolving … ever. The most valuable thing that social networks have is your information, and this infographic does a good job of vetting out where your information is and how vulnerable we all are because of it.”

The infographic below, brought to us by TrendLabs, highlights the issues of social exposure and online privacy. Check it out. It is the Kodak generation versus the Snapchat generation. Is a dialog possible? Looks like it’s happening — but in a snapshot kind of way.