Precious minerals used to make electronics are causing slavery and war in the Democratic Republic of Congo. Nintendo uses some of these precious metals. See the full story here.

aNewDomain.net — What goes into the games we play? Is it possible that simple and fun-filled games like Mario Bros, Zelda, and Donkey Kong are actually “blood games” built with contentious natural resources? War games (like the old-school classic below and more) may be fueling a very real war. 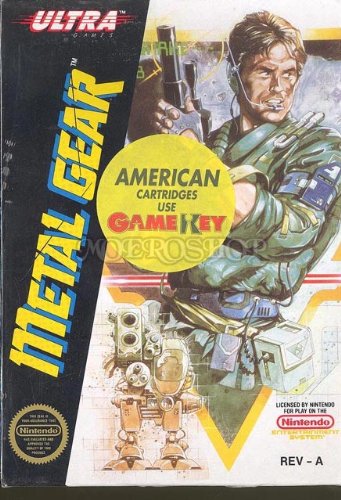 Nintendo is using blood metals from war torn areas to manufacture its products. The mining of these metals and diamonds is a moral issue for many. The name refers to minerals — commonly tin, tantalum, tungsten and gold — that are heavily mined in and around the Democratic Republic of Congo using forced labor, debt bondage and child slavery. Nintendo apparently does not abide by internationally-agreed-upon agreements. It is listed last on watch lists that closely follow and monitor the industry. CNN also made an extensive report. Meanwhile, the microprocessors of other companies, like Intel, have been declared clean of these war-torn metals.

According to the BBC:

In 2010, US President Barack Obama introduced a law requiring public companies to report whether their products contained minerals from these areas. Mr Krzanich, who took over as the head of Intel last year, told the audience at CES 2104 that the company had been trying to determine the sources of the metals used in its chips for some years. ‘We felt an obligation to implement changes in our supply chain to ensure that our business and our products were not inadvertently funding human atrocities,’ he said. Apple has also declared its products free of conflict minerals. Apple supports now the development of clean mineral trade in Congo. As the largest company  in the world, it reacted to 71,000 strong global signatures, that made a petition to Apple on this issue.”

Nintendo Does Not Listen

Australian billionaire Andrew Forrest, who heads an anti-slavery group called Walk Free, has taken on this fight. He believes that reducing the financial competition for these metals will reduce slavery in the mining of these metals. The reality is that some metals used to make smartphones and other electronic gadgets are sourced from war-torn areas in the Democratic Republic of the Congo. Experts say these “conflict minerals” help fuel one of the world’s deadliest conflicts. An estimated 5.4 million people have died there from war-related causes, including disease and malnutrition. Nintendo has a conflict minerals policy posted on its website. It claims that it bans the use of conflict minerals and distributes this policy to its suppliers. Many question this tactic, as Nintendo itself does not oversee the collection of materials. How much trust should be placed in an out-sourced verification that blood metals are not being used?

How should we deal with Nintendo? How do we make ever-expanding needs of our technology compliant with world governments and human rights causes? Please respond in the comments if you have any thoughts.