Samsung’s tablet was an award-winner at this year’s Mobile World Congress (MWC) 2012 in Barcelona. Check out our Julie Blaustein’s gallery to see what companies, products, services and apps made the cut for best in show …

MWC 2012: More than 600 entries in eight categories vied for the Best of the Global Mobile Awards at this year’s Mobile World Congress in Barcelona — and there were multiple winners in each category. Here are the mobile tech highlights.

Angry Birds: Angry Birds Rio pairs the addictive game play of the original blockbuster with unique twists based on the film. Released in March 2011, Angry Birds was an overnight hit. Its maker Rovio claims 120 million times downloads already. And that’s just for Rio. Crazy. Check out the trailer below…

Citrix Systems: Citrix Receiver allows IT to securely deliver virtual desktops and enterprise apps as an on-demand service to any user over any mobile platform. That enables a high-performance HDX experience across any network.

WhatsApp Inc.: WhatsApp lets you exchange messages without having to pay a dime for SMS. It’s a cross-platform mobile messaging app available for the Apple iPhone, RIMM BlackBerry, Android and other devices. All these systems, via What’sApp, will be able to send and receive SMS messages among them.  WhatsApp Messenger users can send each other unlimited images — video and audio media messages, too.

SwiftKey: SwiftKey’s innovative patented technology reads a user’s next word — then creates predictions locally on a smartphone or tablet, execs said, quoting five million downloads since its 2012 launch. End result: The saving of more than 30 billion keystrokes, they said. That’s equivalent to more than 350 years typing. SwiftKey is a repeat No.1 paid app on Android. Here is the SwiftKey team celebrating. Success feels good. Google: No surprise here. Google Maps for Android gives you directions, lets you find the closest good place for a bite to eat or just provides you with a sense of where you are. Its features include rich 3-D maps and voice-guided turn-by-turn navigation. Search for and rate local businesses, explore the world in Street View and see live traffic information. Indoor maps for select airports, hotels, retail stores, and other locations provide detailed floor plans and accurate indoor location.

Samsung: Samsung Galaxy S II, according to the judges, is “a phenomenal success around the world … this has outperformed all its Android rivals and demonstrated the maturity of the ecosystem.” We agree. Its exceptionally bright 4.3-inch Super AMOLED screen makes colors come alive, whether you’re watching movies or capturing pictures and video from its impressive 8-megapixel camera. The powerful 1.2GHz processor-based phone is a world phone, too. It provides super-fast HPSA and Wi-Fi connectivity. That propelled the Galaxy S II forward as a multimedia powerhouse.

Flexenclosure – E-site: Flexenclosure is a specialist supplier of power management systems, complete data centers and other end-to-end site solutions for the telecom industry. E-site is a green base station site power management solution for off-grid markets, mainly powered by renewable energy sources and with an intelligent control system that can bring a 90-percent reduction in diesel fuel consumption, CO2 emissions, and energy OPEX compared to traditional solutions. A judge’s comment about Flexenclosure, “Current, practical and cost-efficient, this helps to alleviate issues around radio base station power availability and also deals with environmental preservation.” Best Mobile Innovation for Automotive, Transport or Utilities
Ford Motor Company: Ford’s SYNC with Emergency Assistance is now available on more than 4 million vehicles on the road at no cost to its drivers. Its voice-activated technology personalizes it as it’s used. The feature is available either as an option or standard equipment on every new Ford model sold in North America. Ford drivers can now take advantage of the latest communication and entertainment technology that includes Emergency Assistance. Those with compatible phones and media players can be connected to SYNC through a standard USB port or wirelessly via Bluetooth. 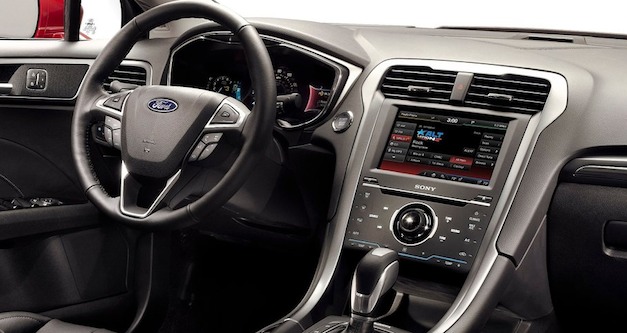 Apple iPad 2 – Best tablet hands down. It boasts the sleekest design on the market at just 8mm thin and weighing in at 601g. New features include enhanced functionality such as the two cameras for Facetime and HD video recording, superfast dual-core A5 chip, a 10-hour battery life and iOS5, 200 new software features in all, plus iCloud for synching content across all Apple devices.

Appcelerator: Titanium’s Integrated Development Platform is the choice for thousands of companies who are seizing the mobile opportunity, with more than 35,000 applications deployed on 40 million devices. Appcelerator’s Titanium Integrated Mobile Platform is an open-source JavaScript-based platform that enables the rapid development and deployment of cloud-connected mobile apps, while it minimizes the fragmentation risk from device and mobile OS proliferation.