China recently overtook the U.S. as the biggest e-commerce market in the world and is set to be worth $541 billion by 2015. Analysis plus infographic.

aNewDomain.net — China is now ranked number 1 in the e-commerce market, recently overtaking the United States as top purchasing dog.  According to the ranking, the Chinese buy more stuff online than Americans do. And the U.S. is now No. 2.

As Avis car ads used to say: “We Try Harder.” That’s what No. 2 firms do. Supposedly. Will the United States step up?

Of course, when it comes to market share based on individual sales, size certainly matters. American business might be perceived as super innovative and disruptive, but the power of retail goes to those with numbers.

As of now, it is the BYOD (bring your own device) generation in China that drives the trend for growth. See the infographic below for the facts.

China’s domestic growth has surged and will continue. The country is also looking beyond its own shores. Businesses such as Amazon and eBay need to watch their rearview mirrors. China has huge ambitions in the overseas markets. Amazon and eBay, among others, are seen as rivals in the competitive, growing e-commerce trend. Alibaba for example is moving fast ahead.

The Chinese are still a ways from global prominence — primarily they would need to build their own logistic centers around the world. The U.S. global strategy has its current advantages, but that will not last forever. Especially as China still has room for growth and such a large national population. Considerations such as trust in quality and pricing will play an equal role in this tough fight for global e-commerce markets. 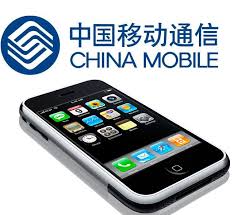 The X and Y generations of China regard the Internet as if it were one giant shopping mall.  The Future of Commerce said:

49 percent of its population made an online purchase last year. This figure is set to rise to an unprecedented 71 percent by 2017. The Chinese e-commerce market is predominantly young, with 60 percent below the age of 30, and affluent; spending is highest in China’s tier-one cities and those earning more than 5,000 Yuan a month are more likely to buy online.

It is also a market dominated by mobile devices, with 464 million of its 591 million internet users choosing to go online via a smartphone. Baidu is China’s most prominent search engine and it currently holds almost two thirds of the market share. Google is far less popular in China and only has a meagre 2.88% market share, down from 15.7% in 2012. Like Google, Baidu rewards sites that offer the user high quality content, a great experience and original, useful information.”

With an incredible amount of money at stake, companies that have not centered on e-commerce have begun to expand their services to include digital marketplaces and payments platforms. A reporter at the Business Insider Australia writes:

The following facts, taken from Alibaba’s infographic below, are: