It’s 2014 and our David Michaelis tackles Singularity. Skully Helmets, a critique of the future, and the endless possibilities of human existence are discussed here.

aNewDomain.net — Is singularity a false hope? In Silicon Valley many tech visionaries dream up the promise and hope of the future. Some want to wear Skully Helmets, technology that will enhance their motor-biking capabilities through real-time cameras and sensors. These enhanced, wearable helmets make all subsequent trips safer, and are just one example of great innovation that increases the capacity of human existence. They are part of the human enhancement movement. See eight of the best 2013 exponential stories.

Singularity and its prophets are going far beyond wearable safety. They believe that through exponential growth of technology a transhuman future will occur, creating a new society. By 2045 the universe will wake up. This, of course, is according to the chancellor of Singularity University, Ray Kurzweil. Kurzweil is the leading transhumanist writer in the USA.

The Skully Helmet is an official DEMO God 2013 recipient, and its launch resulted in more than 41,000 requests in under two months. At Skully Helmets, CEO and founder Marcus Weller and his team have developed a heads-up display for motorcycle rides that, until now, have only been available to military aviators. The Skully Helmet utilizes a first-of-its-kind, fully-integrated 180-degree, rear-view camera with a zero latency feed that projects a floating image of the road behind you. It is the only system that can give you peripheral vision while still keeping your eyes on the road ahead. The Skully Helmets also focus on situational awareness, providing the rider with the exact information they need while minimizing any irrelevant information. But why, then, the pretentious to-be-God-like award from DEMO?

The answer is in the false promise made by the leaders of Singularity University. It is not simply blue sky thinking. A deep fear of death plays a large role in the pursuit of God-like powers and purpose. The ambition is to change God’s rules, and maybe when we play God well enough we can also get a tech award and make some money.

In a special interview with PBS NewsHour, Ray Kurzweil of Singularity University says:

I think the major reason that people are pessimistic is they don’t realize that these technologies are growing exponentially. For example, solar energy is doubling every two years. It’s now only seven doublings from meeting 100 percent of the world’s energy needs, and we have 10,000 times more sunlight than we need to do that.”

But, if you read Kurzweil’s books you know that his vision is larger than just energy.

Criticism and the Debate about Singularity

To keep a perspective on a highly-complex, future topic, let’s look at what famous geneticist Craig Venter says about Singularity University.

Most of what you hear at this Singularity University meet up, is Fantasy or BS…If all these dreams come true — and I hope these people are right — then we will solve everything. Nobody has the solutions in hand right now. We have potential solutions. We don’t have ways to provide the fuel, we don’t have ways to provide the food, clean water, medicine for seven billion people now. How are we going to do it for eight, nine, 10 billion people in the coming decades?”

He warns about building expectations in a transhuman, fast-tracked world. These are realistic concerns that address the very real, present world.

Michael Hauskeller, the philosophical writer mentioned above, who deals with the concepts of singularity and human enhancement, discusses the need for their purpose. He says:

The gap between the apparent perfection of the machines that we create and the apparent imperfection and deficiency of our own vulnerable, mortal and messy bodies (and accordingly, since we cannot detach ourselves from our bodies, of ourselves) is hard to accept. In fact, it is a permanent source of a particular kind of shame, which Anders calls ‘Promethean shame’ and which he defines as the ‘shame for the embarrassingly high quality of the things we make.’ It is the frustrating and humiliating recognition of our inferiority when compared to our products, and the fact that more than anything else seems to make us inferior is the fact that we have been born rather than made. We are ashamed that we owe our existence not to art and design, not to a conscious, deliberate and well-considered act of human creation, but rather to the accident of birth and the random sexual act that preceded it, neither of which can be seen as particularly dignified and both of which serve as a constant reminder that, ultimately, we are and remain mere animals. (Imagine a dialogue between a machine and a human, the machine boasting about all the forethought and the complex calculations that have given rise to its existence and then asking the human ‘And who made you?’, might we feel ashamed of having to admit that, alas, we weren’t made at all, but were simply born?)” 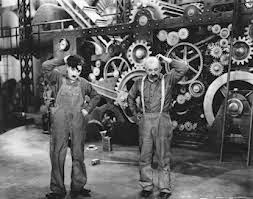 Jaron Lanier, an influential voice in the world of tech, warns of the many goals and future of Singularity. He says in The New York Times, August 9, 2010:

The answer is simply that computer scientists are human, and are as terrified by the human condition as anyone else. We, the technical elite, seek some way of thinking that gives us an answer to death, for instance. This helps explain the allure of a place like the Singularity University. The influential Silicon Valley institution preaches a story that goes like this: one day in the not-so-distant future, the Internet will suddenly coalesce into a super-intelligent A.I., infinitely smarter than any of us individually and all of us combined; it will become alive in the blink of an eye, and take over the world before humans even realize what’s happening.

Some think the newly sentient Internet would then choose to kill us; others think it would be generous and digitize us the way Google is digitizing old books, so that we can live forever as algorithms inside the global brain. Yes, this sounds like many different science fiction movies. Yes, it sounds nutty when stated so bluntly. But these are ideas with tremendous currency in Silicon Valley; these are guiding principles, not just amusements, for many of the most influential technologists.”

Of course, here at aNewDomain.net we have some specific views of Singularity. Read a satirical commentary by our Lamont Wood here.

Lastly, see Kurzweil’s six epochs of evolution — toward the transhuman future. We are nearing stage six, which is set to occur by 2045. The infographic is below.

For aNewDomain.net, I’m David Michaelis. The future is out there folks. What do you think it will look like?